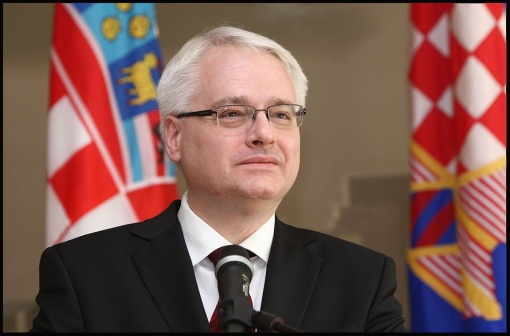 Ivo Josipovic, President of the Republic of Croatia

Zagreb, Croatia, January 27 — President Ivo Josipovic on Monday issued a message on the occasion of International Religious Freedom Day, saying it was every man’s right to be or not to be a believer and that it was the state’s duty to make it possible for believers to freely practice their religion.

“This day also reminds each one of us of the obligation to accept every man, regardless of religion,” the president said, adding that tenets such as “common sense, tolerance and empathy are values in the foundation of all religions, values also of those who don’t believe but want peace and understanding between people.”

“It’s a day that concerns the whole world. There are many places in the world where people still die or suffer just because they have different beliefs. It’s a day when one should raise their voice against those who discriminate based on religion. It’s a day that also concerns Croatia,” Josipovic said, adding that “Croatia is a country in which a high level of religious rights and religious freedoms has been achieved and we can be proud of that.”

“The task of the Croatian state is to persevere in developing, within democratic processes, a political culture which protects the religious rights and freedoms of its citizens. It is their right to believe or not to believe and not to be discriminated against because of their choice. Nonetheless, there are still religious communities which have been fighting for the exercise of their rights for years. Let’s raise our voice for them,” the president said.