Georges Fenech, the president of French anti-religious organization MIVILUDES (an acronym for Mission interministérielle de vigilance et de lutte contre les dérives sectaires – Interministerial Mission for Monitoring and Combatting Cultic Deviances), was convicted for public defamation by the Paris criminal court on June 1, 2012 .
The defamation case started because of a defamatory accusations against lay Catholics association called French Society for the Defense of Tradition, Family and Property (TFP) whiuch were published in the 2009 annual report of MIVILUDES. The 17th Chamber of the Criminal Court of Paris, specializing in cases concerning the press, stressed the lack of accuracy in the report as well as the lack of restraint in its expressions. The court also emphasized that a state agency such as MIVILUDES should not use vague approximations in its work. 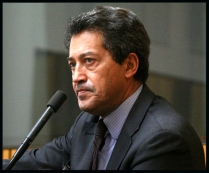 Both George Fenech and MIVILUDES have earned an international reputation for repressing religious minorities and violating the European Convention on Human Rights. By being convicted of public defamation, George Fenech has tarnished his name – and the reputation of MIVILUDES.

Central-European Religious Freedom Institute congratulates the Paris Criminal Court for convicting Fenech – and in so doing, taking a step forward in advancing the rights of religious minorities in France.