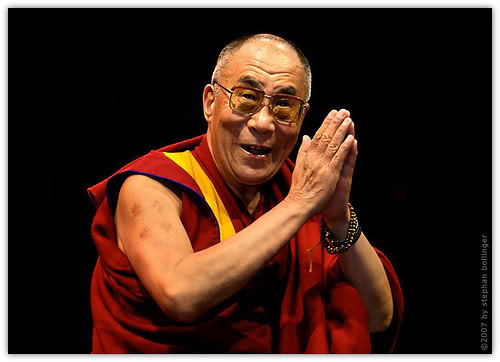 Tibet’s Buddhist leader the Dalai Lama has won the 2012 Templeton Prize worth US$1.7-million for his work affirming the spiritual dimension of life, the U.S.-based John Templeton Foundation said on Thursday.

The spiritual leader “vigorously focused on the connections between the investigative traditions of science and Buddhism as a way to better understand and advance what both disciplines might offer the world”, the foundation said in a statement.

Specifically, he encourages serious scientific investigative reviews of the power of compassion and its broad potential to address the world’s fundamental problems – a theme at the core of his teachings and a cornerstone of his immense popularity.

Within that search, the “big questions” he raises – such as “Can compassion be trained or taught?” – reflect the deep interest of the founder of the Templeton Prize, the late Sir John Templeton, in seeking to bring scientific methods to the study of spiritual claims and thus foster the spiritual progress that the Prize has recognized for the past 40 years.