HRWF (02.03.2012) – On 12 February, the construction of the biggest Buddhist temple in Europe was rejected by 67% of the population of Gföhl  who had been consulted on this issue. The mayor, Karl Simlinger, accepted the decision of the population. In the newspaper Standard, Bop Jon Sunim, a Buddhist monk and initiator of the project, commented the result of the referendum as follows: “The fact that the inhabitants of Gföhl have finally voted against the Buddhist temple is the result of a hate campaign of political and religious opponents.” 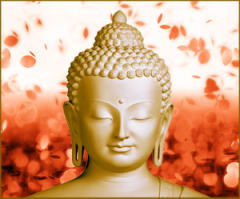 Among the promoters of this campaign, it is worth mentioning the “Austrian Society for the Protection of Tradition, Family and Private Property” (TFP) which distributed leaflets to incite the people against the Buddhist temple. “Buddhism in Austria, a wolf in the sheepfold”.

Prof. Christian Brünner, a constitutionalist from Graz and former president of the conference of the rectors, unambiguously criticized the anti-Buddhist hate campaign and the popular consultation.

« Freedom of religion or belief in Russia Double Trouble: Discrimination of Roma Buddhists in Hungary »

Only the narrow-minded people (as same as “Terrorist”) would says Buddhism is a wolf.

I would say there is always a love-hate relationship in every aspect of life, but one shouldn’t criticize on anything which may, in return, hurt others’ emotions. Religion is a belief in people. If you don’t like it; its okay but it is also not a good idea to criticize others who believe on it.
Thanks.

As a practicing Buddhist I have the opinion that this is not an ideal situation for such a Sakralbau.

A practice I see only to often is a dedication to Christ for the greater glory of God, only to be taken back when it becomes an inconvenience. In this case The Marterl situated on the site.

Worse still is to remove The Marterl, and replace it with a dedication for a different conviction.

I feel sure that there are many places within Lower Austria, which would welcome the building of a Stupa, and probably offer incentives to be chosen for such a project.

And as for the name calling involved, this is merely to achieve their own agenda, as the winner of A Nobel Peace Prize cannot be identified as a wolf in sheep’s clothing. This is a ridicules notion.

Better to look in another location where people are not so narrow minded. There are many locations in Austria that would welcome the Buddha.